The Torino-Nice Rally is a 700km-ish bikepacking tour from Turin on the edge of the Alps to Nice on the south coast, via the high altitude roads and gravel stradas along the col-dotted French/Italian border. The route tracks through the Ligurian, Cottian and Maritime Alps. It isn’t a timed ride; it isn’t a supported ride; it is a multi-day bikepacking ride for those who want to join the mass-group start in Turin on the morning of 5th September. As James Olsen, one of the organisers, told us before last year’s edition:“The Torino-Nice Rally is a ride event for the cross-over between touring, bikepacking and randonneuring; it’s all-terrain touring … we have route options so you can vary the amount of road and off-road, as well as overlap with other riders more often; hence the Rally tag.” 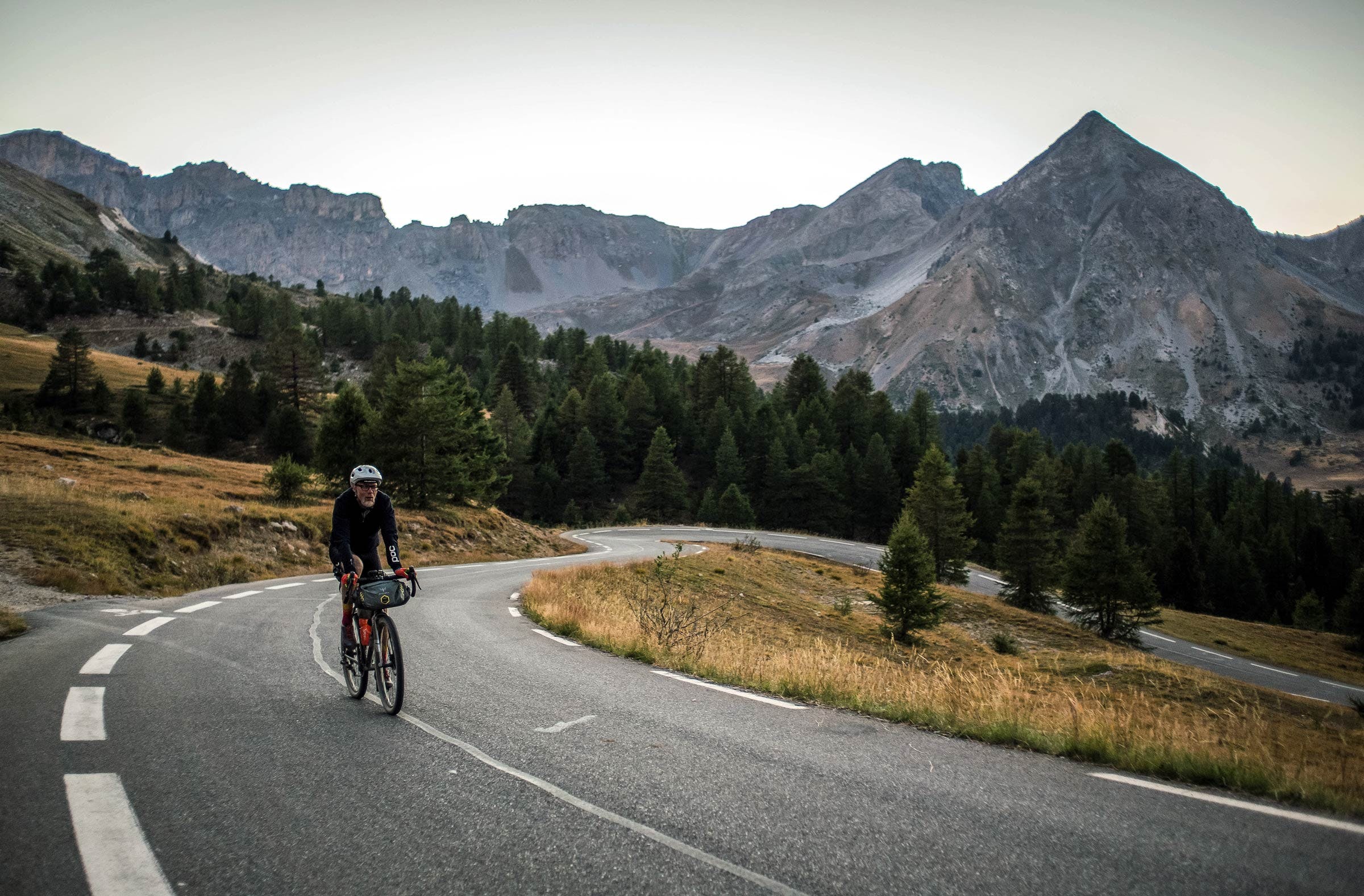 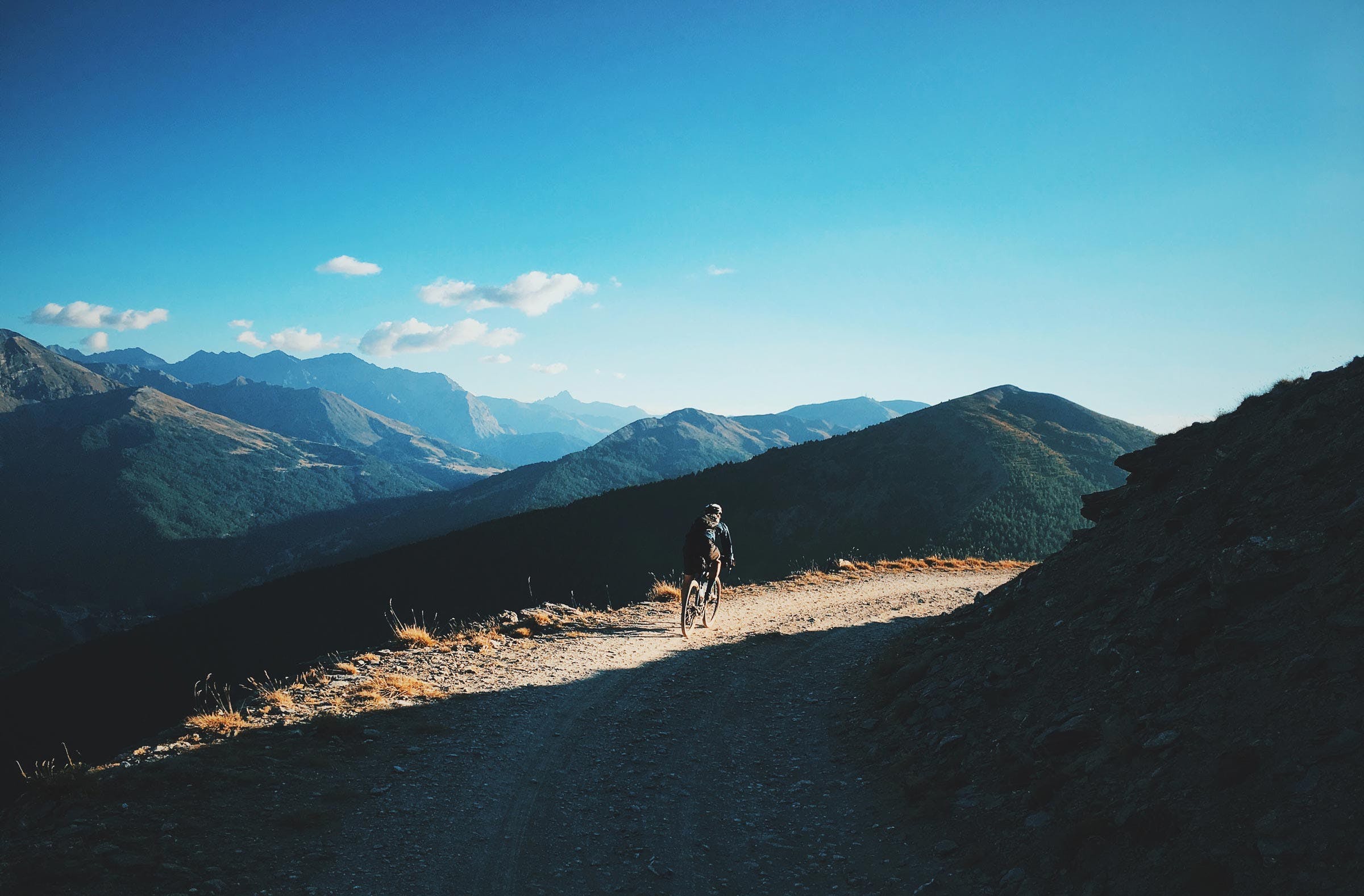 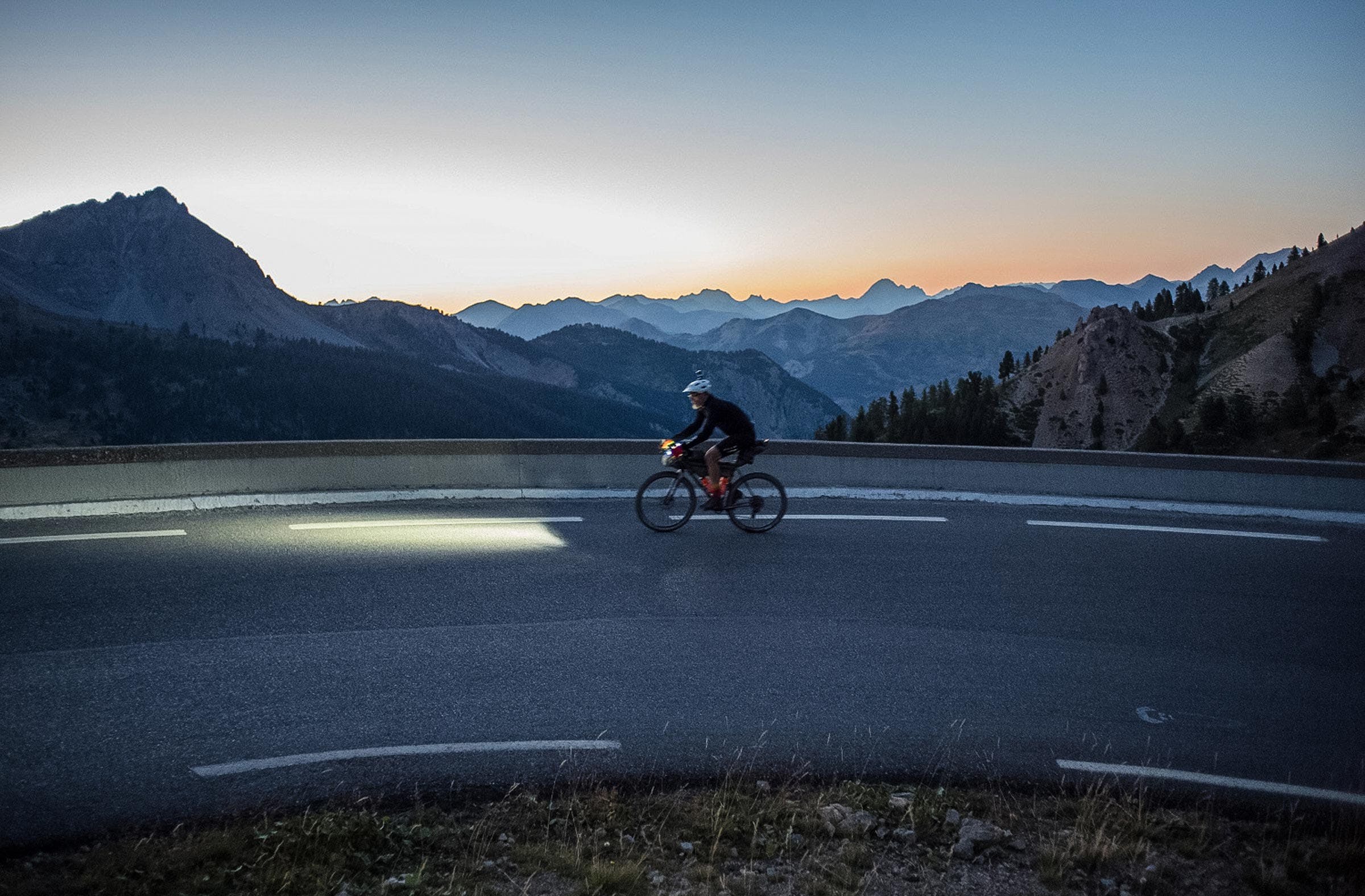 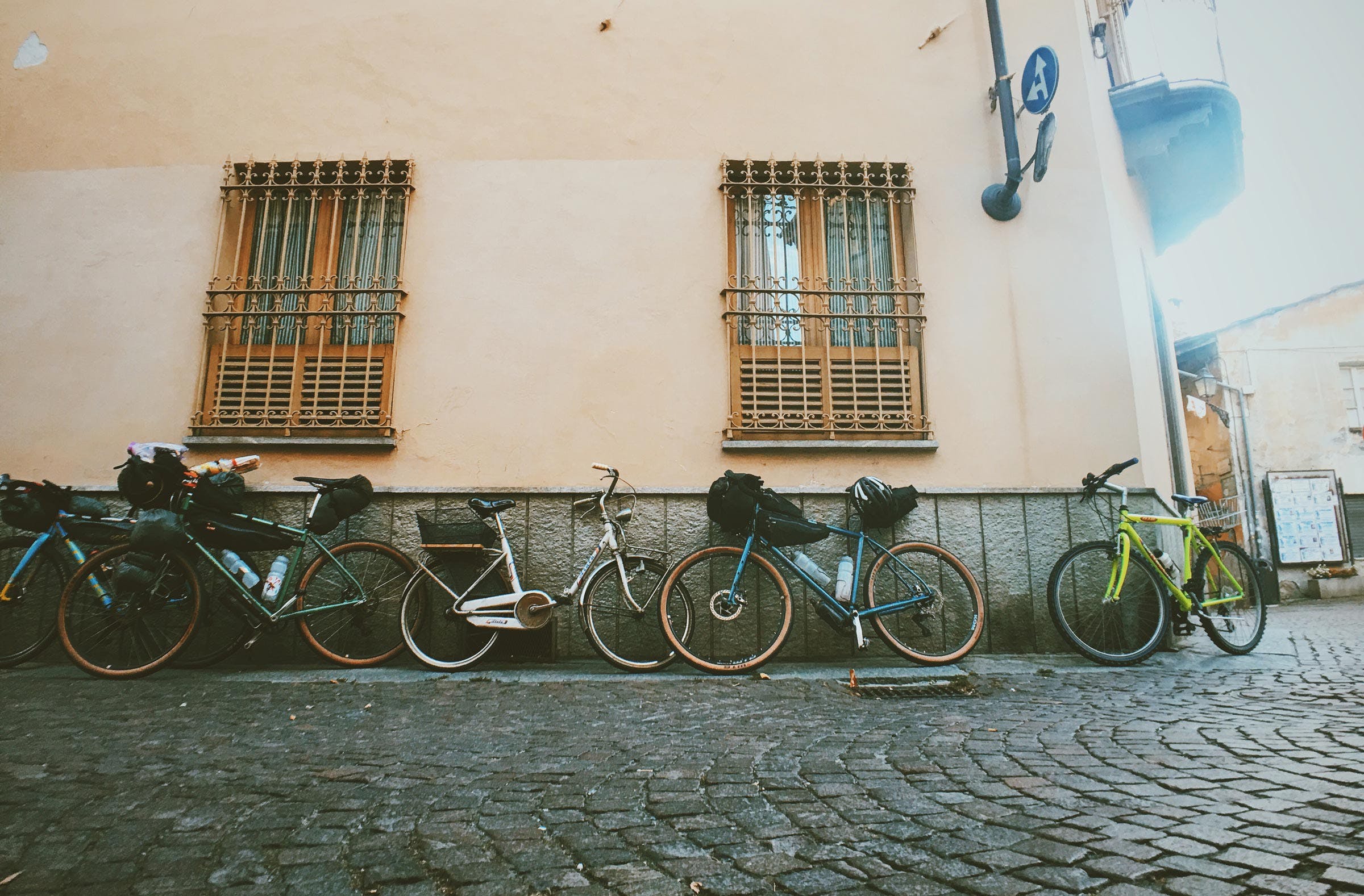 This year the format and route remains the same: paved Grand Tour cols, old military tracks, historical trade routes weaving through the mountains, small towns, gites, wild camping, pizzas and beers at the start and end. Oh, and 20,000m of climbing. For a flavour of the route, we’ve compiled Ben Mills’ photos that follow his, James (organiser) and Will’s (WTB) ride from last year, and the Bombtrack film that follows Joachim Rosenlund’s journey…

Pannier [P]: James, it’s a stunning, challenging route taking in Grand Tour cols as well as old military tracks. How did you work out, connect, and finalise the route? Were they sections of riding you’d done before and then wanted to link up to decent transport centres (cities)?James [J]: Thanks – it wasn’t that obvious to me at first but the old military roads always looked interesting and a recce ride suggested it was worth me spending a bit more time on it. When we recced the route in 2015 we flew into Turin as neither Andy nor I had ridden much in Italy. We’d ridden Geneva-Nice a couple of times, once on road and once following the GR5 route as a guide, and Turin seemed like a good choice for a change. There were a few stradas I wanted to link up. Some came from Fred Wright’s self-published ‘Roughstuff – Cycling in the Alps’ guide (thanks to Paul Errington for the copy of that gem). Some were close to paved roads I’d ridden before and I wanted to connect these new options, others were on a map of the area hung up in my living room, lines that you have to go and look up. The links were there, a bit (a lot) of time on Google Earth putting pins in started to show a route line and then a few goes at linking up with a GPS mapping site gave us the original 2015 recce tour, which we then refined for the 1st edition last year (2016). Nice is then a good place to get back from; the coast there is expensive when you have a big appetite but I do like finishing by the sea, back at sea level.________________________________________________________________________________________________P: How was that first recce in 2015 then? Were there many edits > the inaugural 2016 Rally? J: That first trip we just rode it as a casual tour, in 8 or 9 days I think. I had a load of alternatives and options plotted because, although a fit rider, Andy has a healthily relaxed approach to touring so the ‘alternates’ gave us a chance to adjust the schedule easily, or explore a few out-and-backs along the way. It worked well and seemed to be a good format for a group ride idea. For the 2016 Rally there was a fair bit of editing, taking out a couple of rougher sections, leaving others in and using some bits the other way round. Trying to keep the continuity, that sort of thing. There was a section over the road to the Fort de la Forca that came from Max Leonard, I was happy to put that in as I also wanted to ride something new last year and it made sense with the general direction there. In the end we didn’t ride that bit in 2016 so I’m looking forward to riding it this year…________________________________________________________________________________________________P: So, 8-9 days. What would you say a typical (realistic) timespan is for the 700km route? What were the varying distances folk were riding each day? Are there obvious overnight checkpoints? J: No checkpoints, we don’t check anything, you’re on your own! Actually you’re not as I’m sure any rider would help another out, but no-one is checking where you go or when. It’s a tour, do as you please. Someone got to Nice in 3.5 days, others took 8 or 9. Originally I thought 3-6 days and some thought that was too long for 700km. On easy roads that might be fine, but on this mix of terrain with that many big climbs it’s a 5 to 7 day ride for most. One rider last year made a good point that it’s best not to plan based on distance, rather the climbing you can manage per day. Two big Alpine climbs a day is enough for most of us and there’s a dozen or so on this route. Andy and I had ridden the off-road sections in 2015 so I was happy to ride the ‘road alternates’ last year – the Izoard is a climb I know fairly well and the Priet was lovely, I’d not been over it before. It was one of those sections that was clearly going to be a nice road, but we’d wanted to use a less obvious route up in 2015. We also rode the Tende descent, rather than the Via del Sale so I’m happy that I’ve ridden almost all of it now, apart from Max’s recommended climb up to the Col Turini…

“One rider last year made a good point that it’s best not to plan based on distance, rather the climbing you can manage per day. Two big Alpine climbs a day is enough for most of us and there’s a dozen or so on this route.” 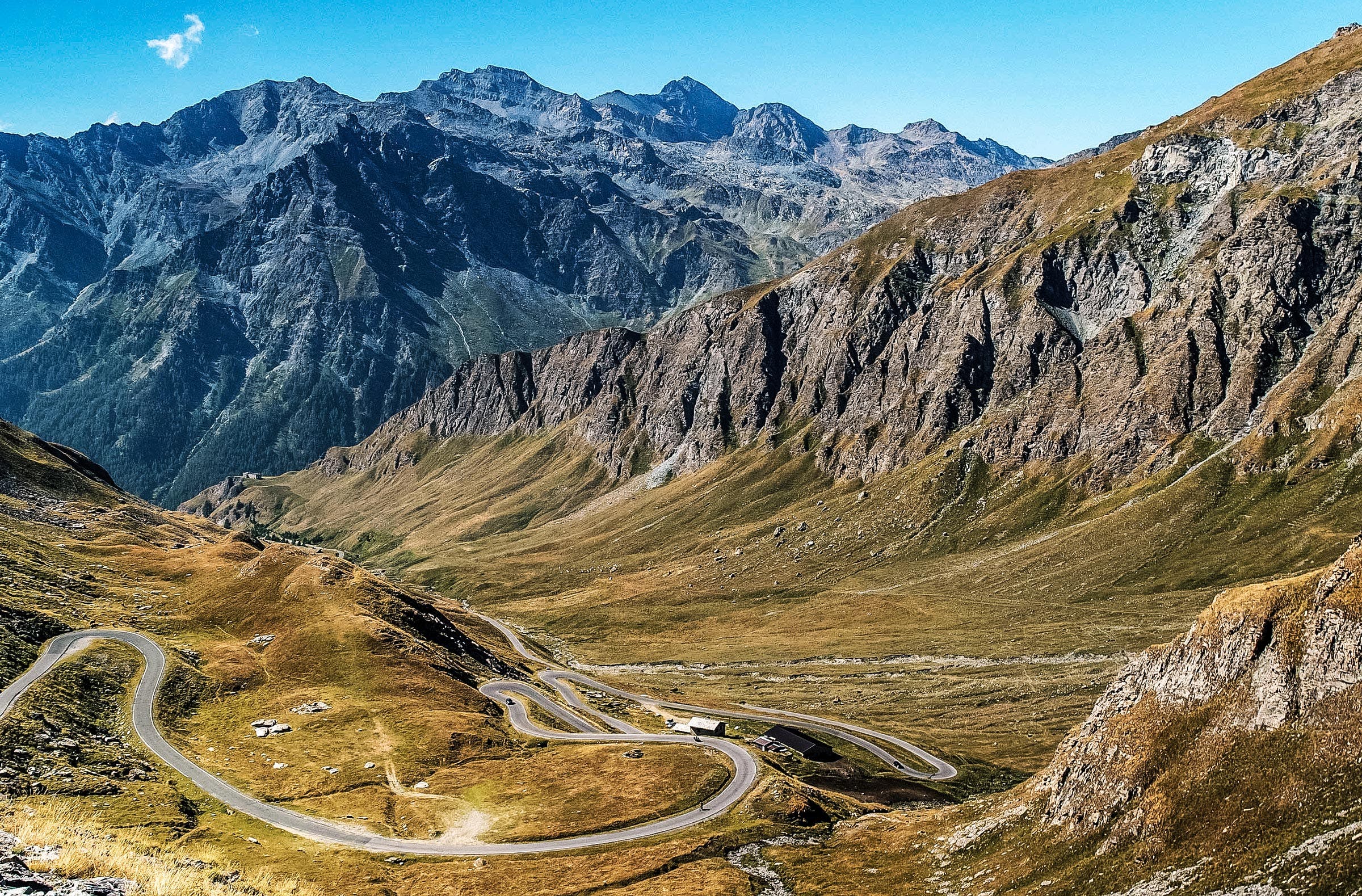 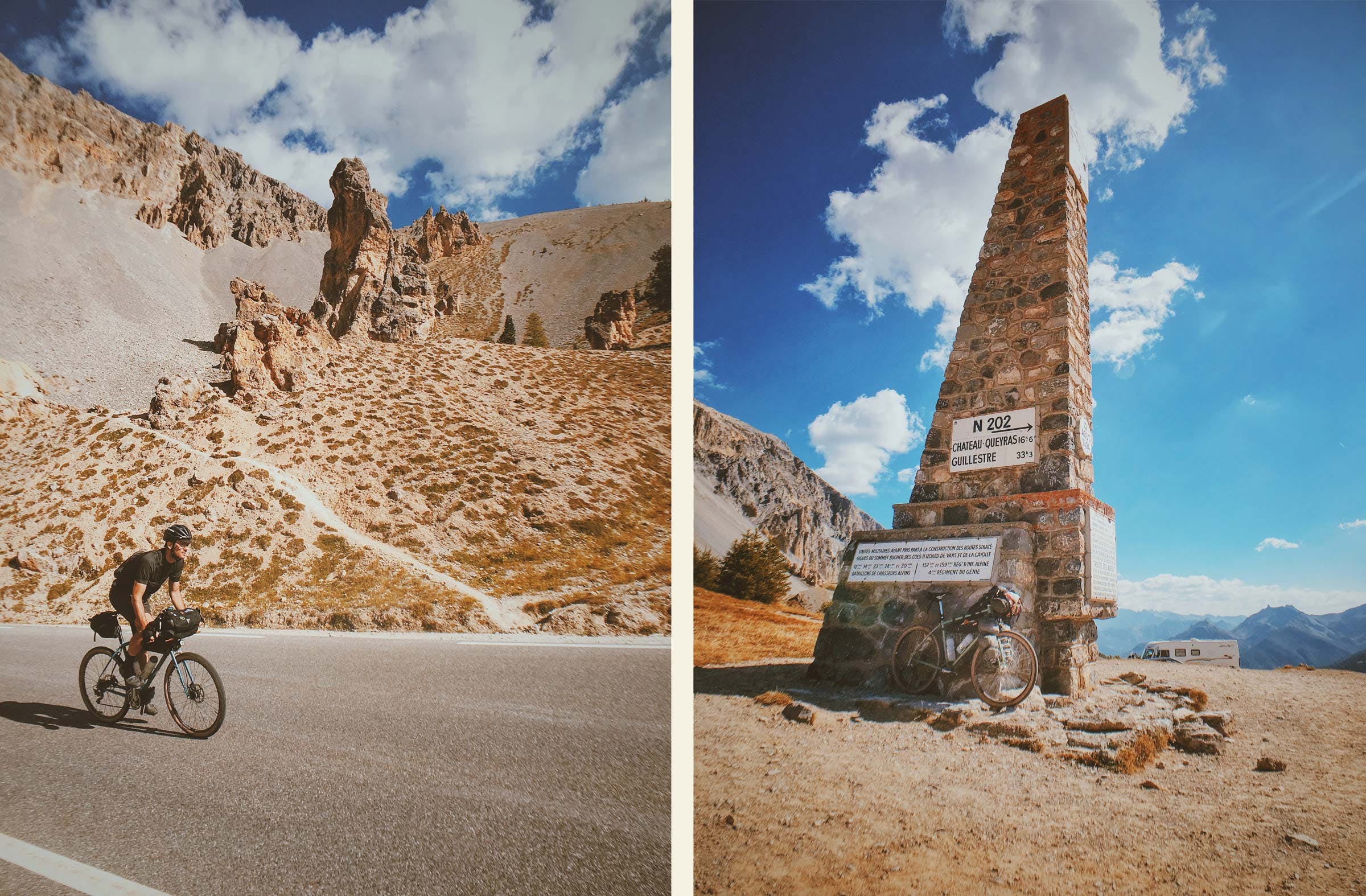 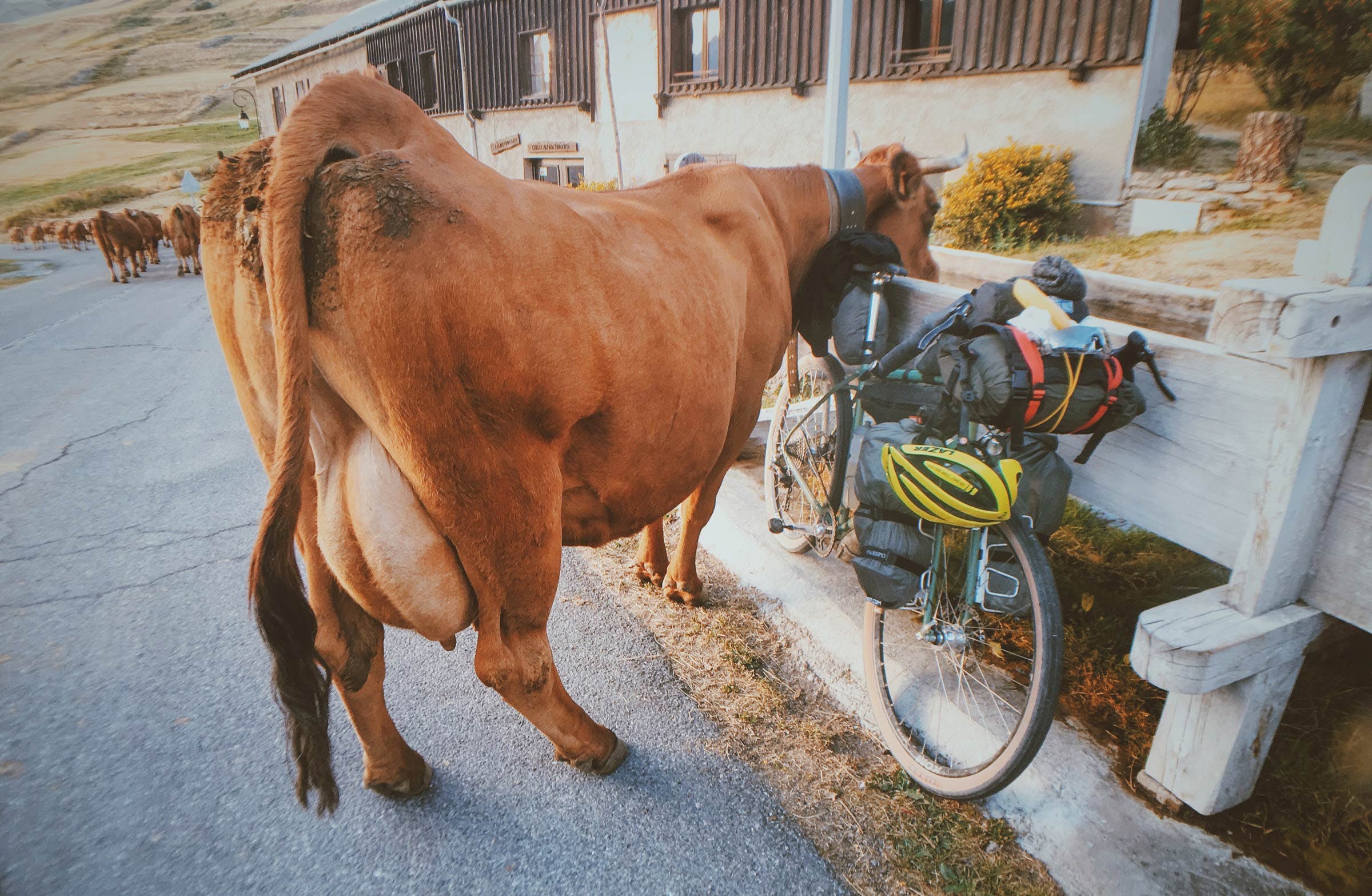 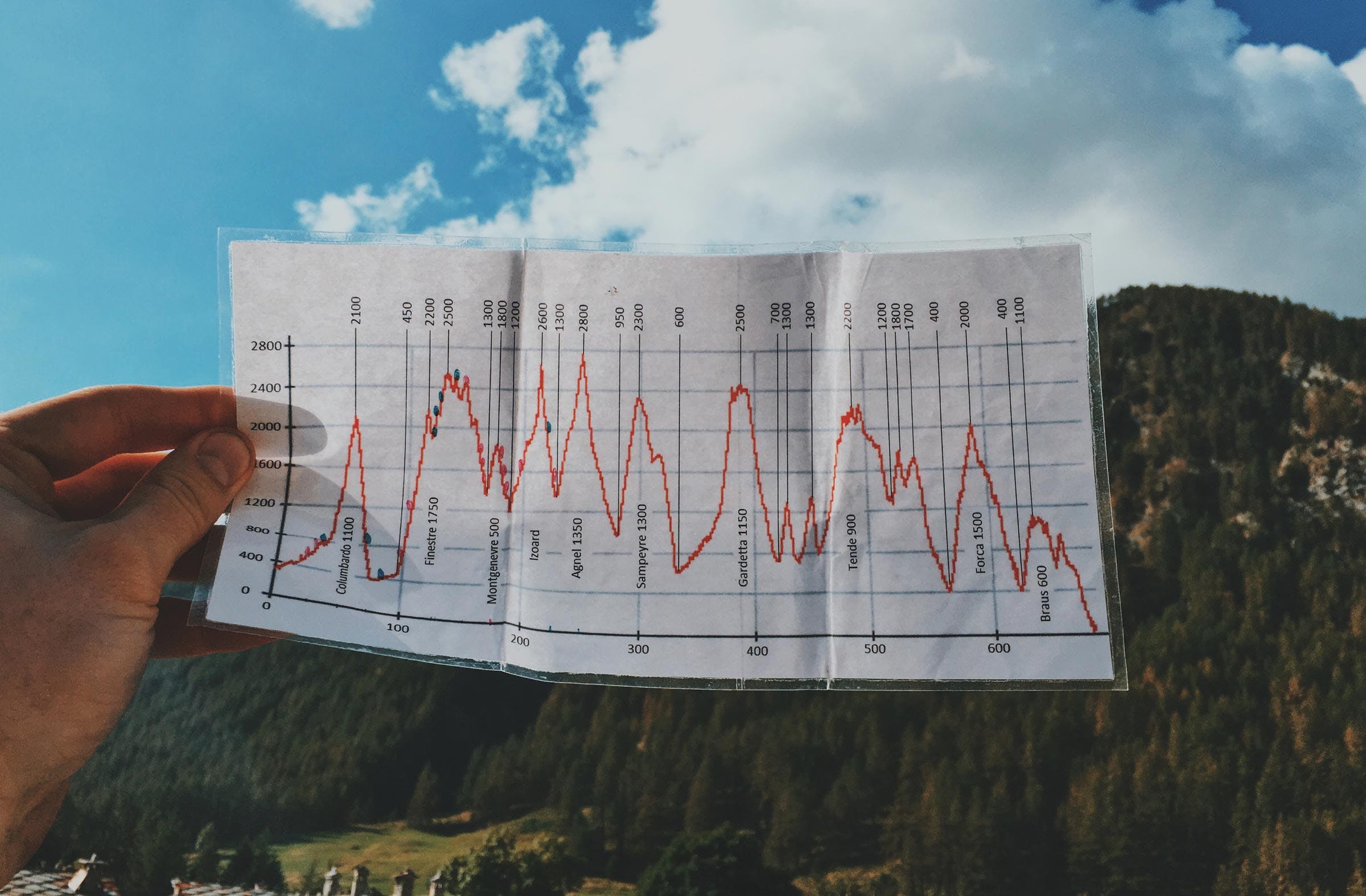 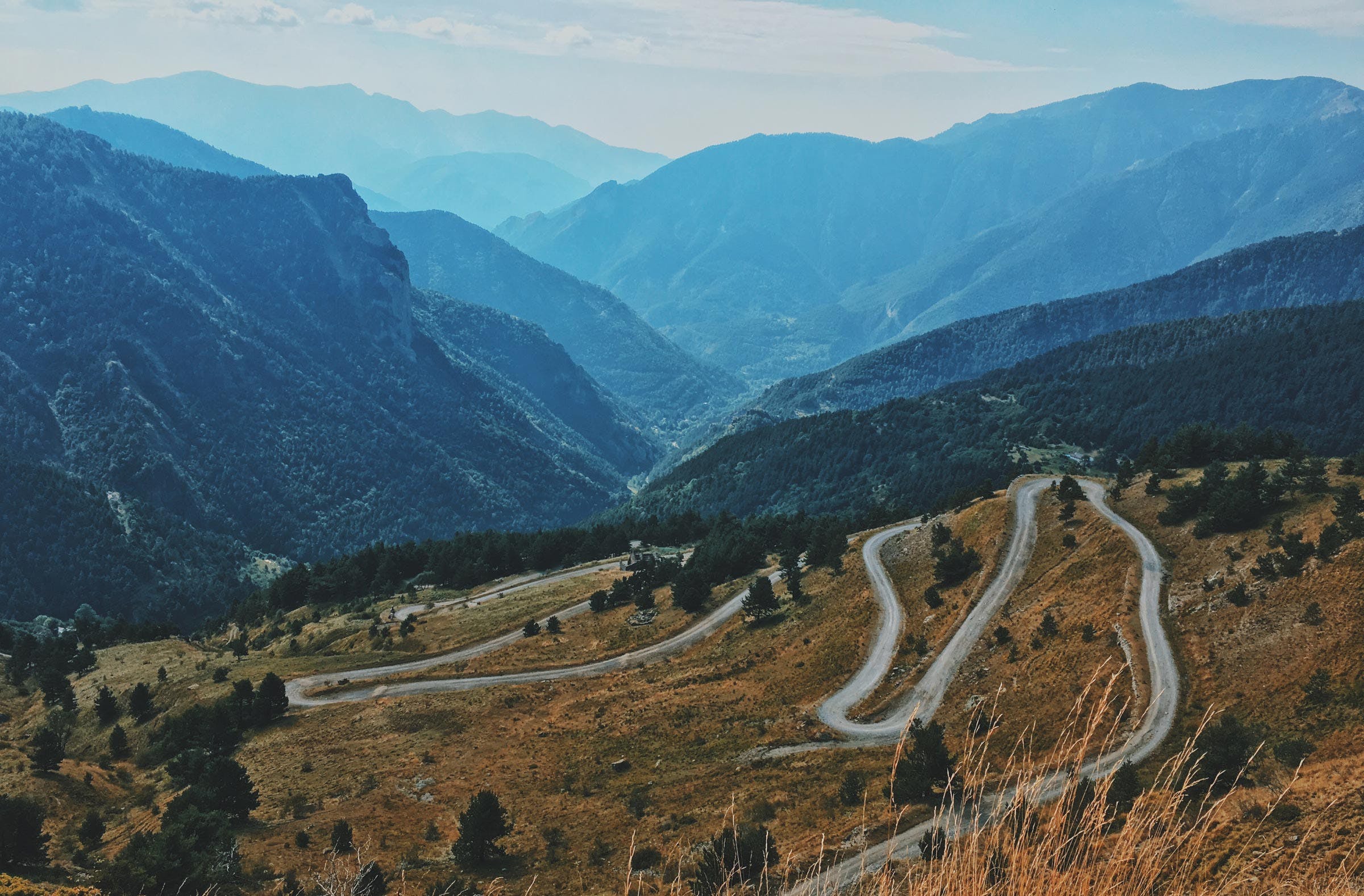 “The Rally is a part-planned route where you need to make some decisions: ride more one day to buy time to do the longer section that looks good in the photos? Take the rougher stuff? That sort of interaction with the route is a good thing. No one made it to the Molini pool last year that I know of. It was a highlight of our 2015 ride, for sure, but it does probably add a day to the ride…”

“Both years I’ve ridden a 650B drop bar bike; I’m having a bit of a 650B love-in these days. I got some framesets made in time for the 2016 ride so Ben and I both had a similar bike. Steel frameset, 650B WTB Horizon tyres, drop bars, discs. I like that combination for mixed-terrain cycle touring as long as it’s not technical riding” 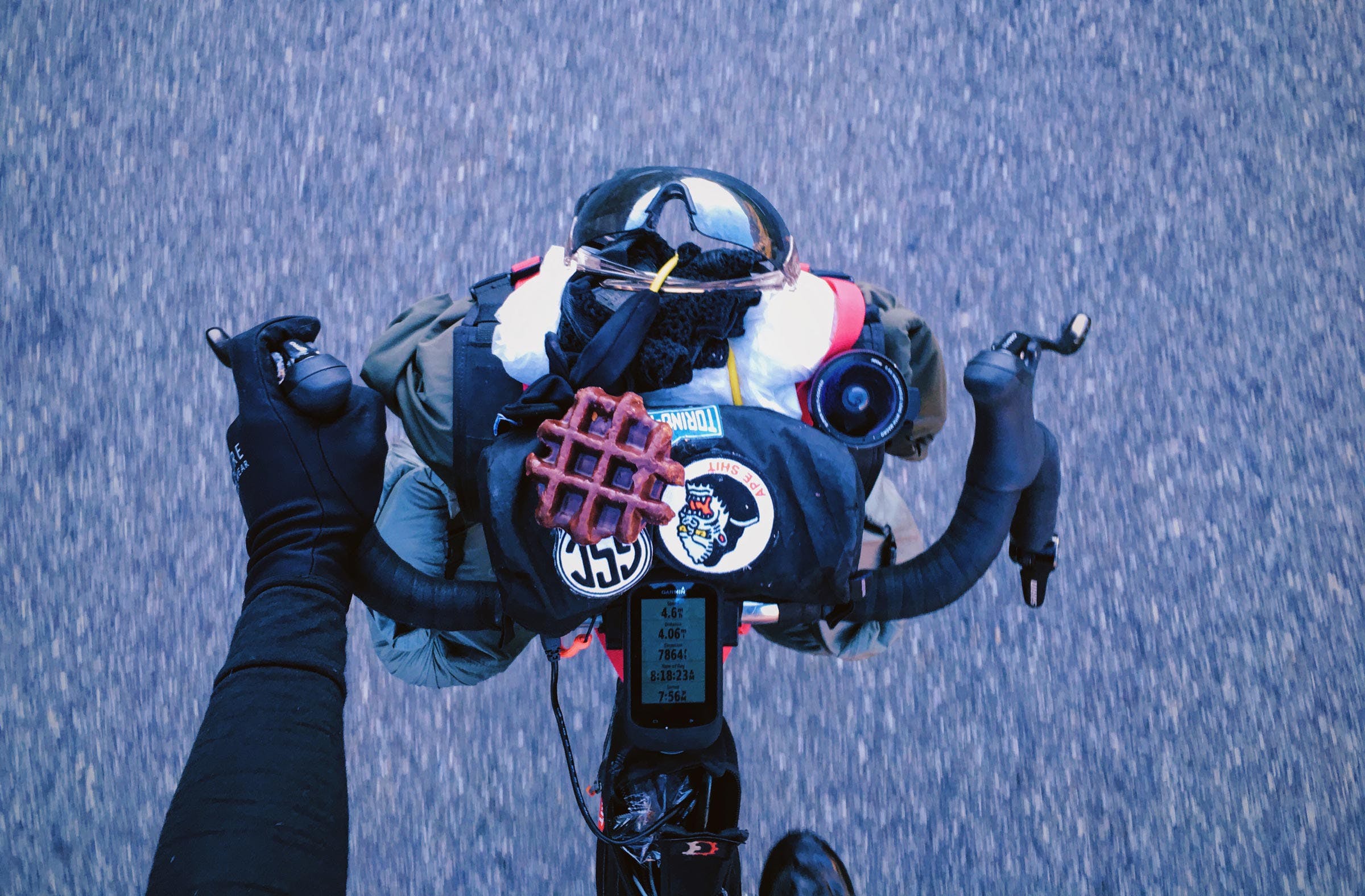 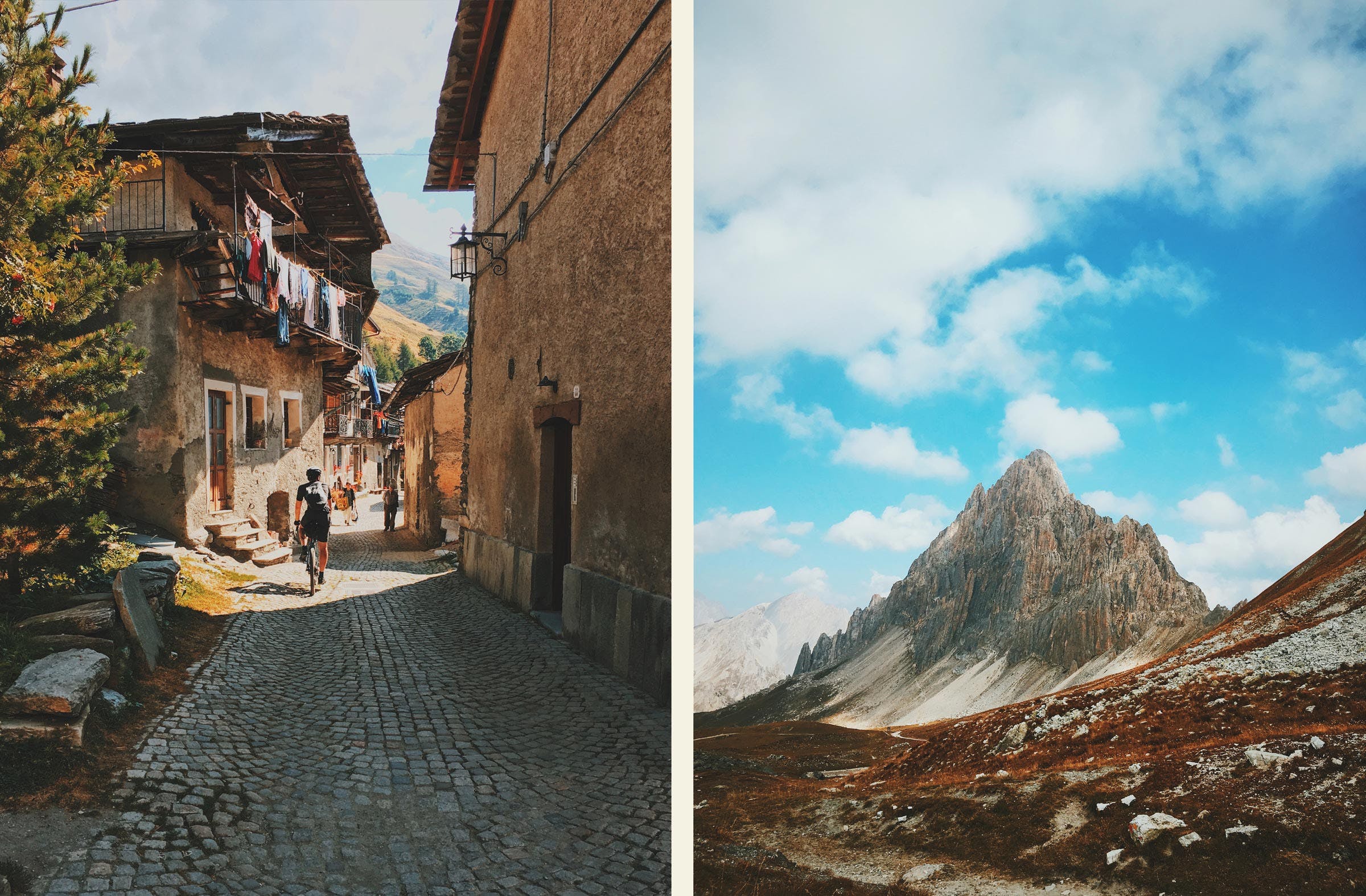 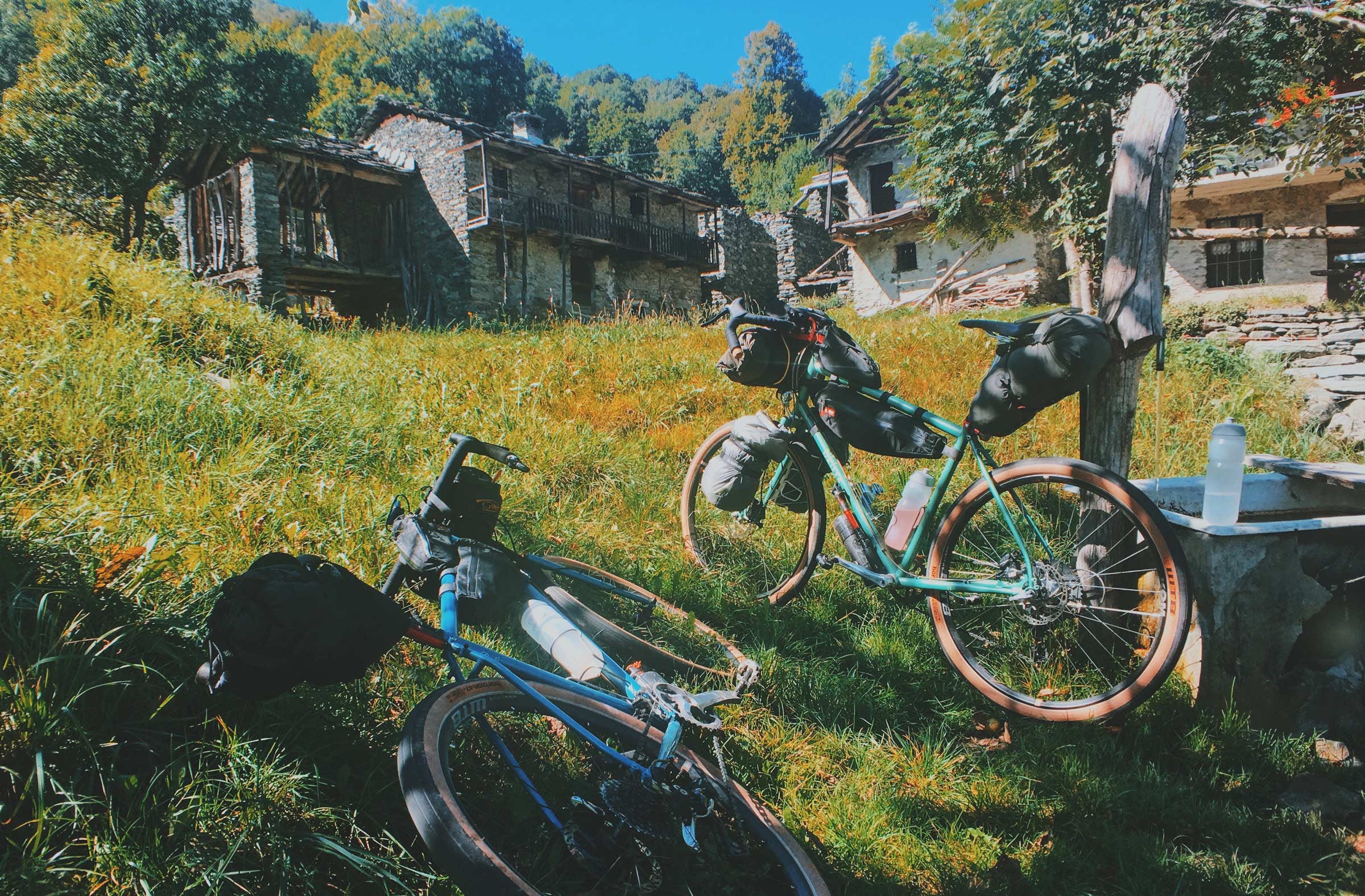 P: The Torino Nice Rally has a relaxed, mass start. How did the group ride? Did you string out much, guessing so? Anyone turning up on their own should worry about riding the whole 700km by themselves, right? J: There were about 60 riders, maybe 65. I know there were 57 at the dinner, according to the restaurateur (who I told there may be 25-35 … sorry). It strung out after a day or so but the alternates meant there was leap-frogging, catching up and note-comparing in cafes. Solo riders will find others to ride with easily, our group of three rode with a dozen or so guys along the route – a group for a few days, another for another day, then catching up or being caught up by others we’d not seen for a couple of days. Typically, you’d walk into a bar-restaurant to see half a dozen or more other riders already there. There are a few recommended places to stop and refuel mentioned in the mail-outs, which helps…________________________________________________________________________________________________P: What were your three highlights / moments from last year? Reaching cols? Wild Swims? Beers at Café du Cycliste in Nice? J: Standout #1 moment was definitely riding up the Colle del Preit (a high mountain pass at 2,076m) in the dark. Two out of our group of three (Ben and I) were down to sipping the last coke we had each and feeling pretty tired, but riding up there as the light went was beautiful. We got to a farmhouse gite around 22.00, maybe, and they agreed to serve us some needed food. Golden; the food there was amazing. Up to that point we’d carried on thinking it might be Will’s brie collection and some bread for dinner, and then a fair bit more high-up dirt road in the morning before finding the next place to eat. You’ll be pleased to know the brie lasted for another day, and it tasted as good as fresh. Sort of. #2 – The Colle de Finestre on day two. I really love that climb and after the busy first evening dinner and the start (which was all new and a bit of a surprise to me) it was the moment when I relaxed into the ride properly. There was a good bunch of us riding up and plenty of time to hang out at the top. #3 – Dinner in Sospel toward the end. Will, Ben and I went off-route after the Roya valley to get to Nice in time and had a great steak and frites and a few beers there. Good company plus the relaxed state you get to after a good few days of a trip._______________________________________________________________________________________________P: Cheers James. And, finally, what do people need to do if they want to join the ride this year? J: Check out the Torino – Nice Rally website, have a read and let me know if you fancy joining us in Turin on the 5th September. Easy. Then just get yourself to Turin, and back from Nice… 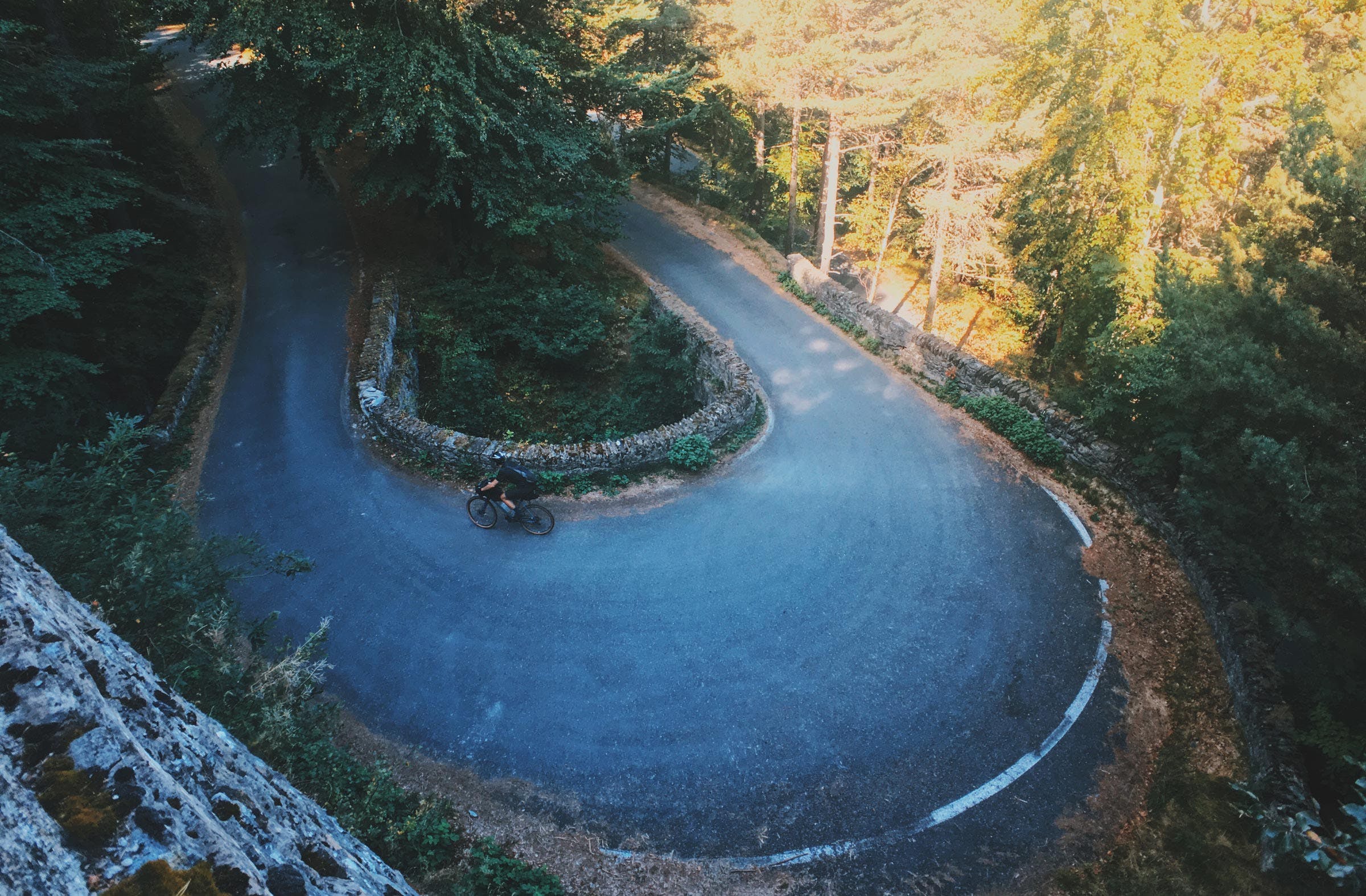 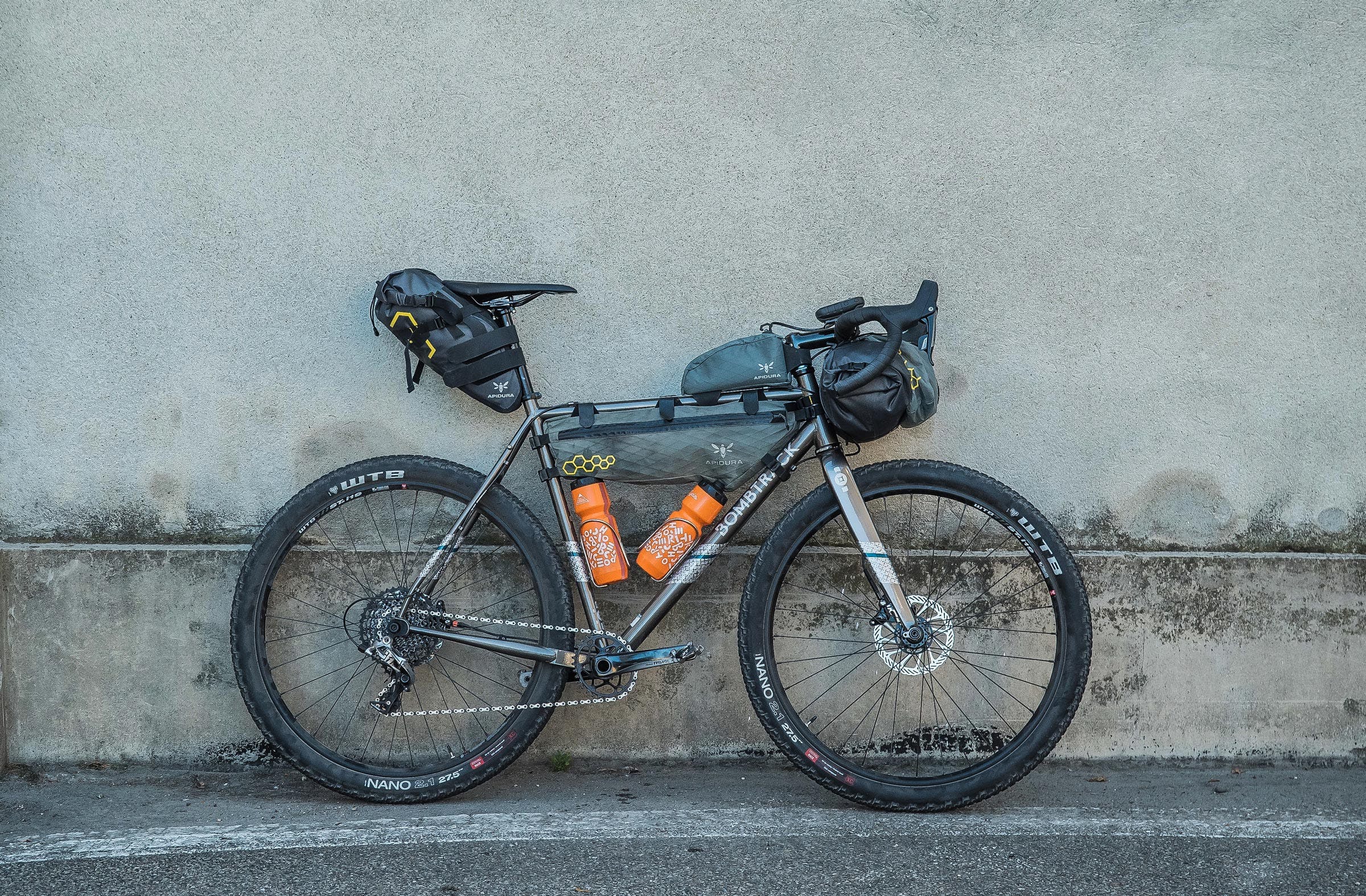 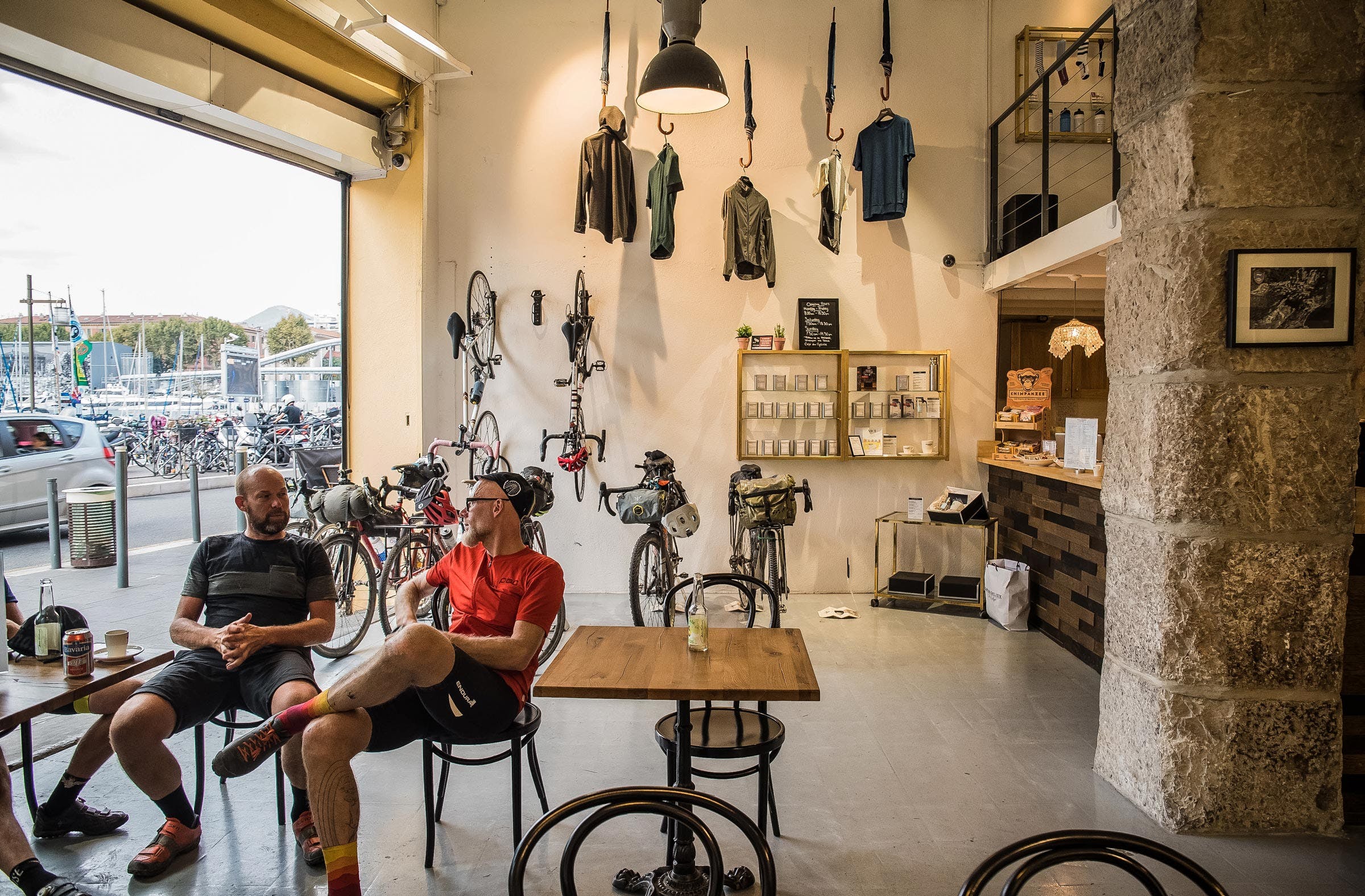